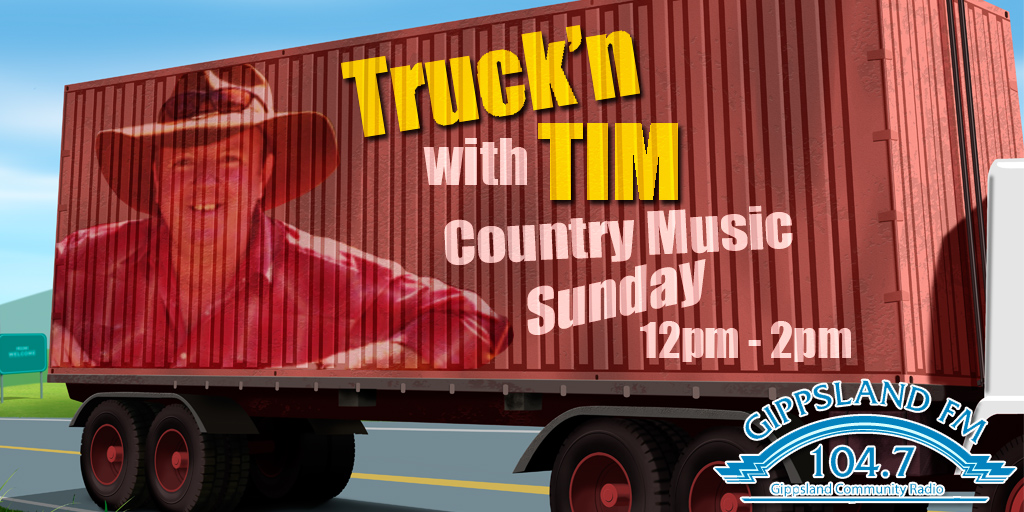 Ask any Country Music fan about the Gippsland music scene and you can be assured that ‘Truck’n with Tim’ will feature in your conversation.

Tim hosted a Friday morning show on Gippsland FM for 7½ years then moved to Ace Radio for 5 years. He has now come back ‘home’ to Gippsland FM, where he broadcasts every Sunday.

He celebrated his 10th Anniversary on radio in February 2008. He has also hosted country music nights at local venues that have attracted hundreds of fans and along with functions throughout Victoria and beyond.

With the announcement of the Winners in the ‘2008 Australian Country Music People’s Choice Award’, Tim was thrilled when he was announced with the ‘Most Popular Country Music Radio Program Award‘.

Born and raised in Morwell, Tim comes from a family in the transport industry and relates his early love of Country Music to truck runs with his father. John was Inducted in the ‘National Road Transport Hall of Fame’ in Alice Springs in 2010 & Tim was proud to be a part of this.

The Gippsland railway line is currently suspended and replaced by road coaches after a person was struck by a train at the Moe station. If you are using the V/Line service please allow extra travel time. Please avoid the area where possible. If this incident affects you in any way please call lifeline on 13 11 14 ... See MoreSee Less

BREAKING NEWS The cricket world is in shock after the passing of former Aussie test star Andrew Symonds.The 46 year old was involved in a car accident just outside of Townsville last night. ... See MoreSee Less

Don’t forget to be tuned in Friday morning for the Breakky show from 6 am till 9 with Dallas Rob & HilaryA bit of light hearted banter ,a questionable mix of music PLUS …. …this week we have vouchers from CLAUDIAS to give away 😊 Don’t miss out Why not start your day with a bit of stupidity ? ... See MoreSee Less

Well done !!Hey Melbourne and Gippsland 🤗 We have opened up our intake!We've just brought on a whole heap of Support Coordinators and we now have the capacity to take on new clients in➡️ Melbourne - all suburbs and regions➡️ Gippsland - East Gippsland and Wellington ShireNeed help with Support Coordination? Get in touch by calling 1300 262 245 or by emailing hello@coability.com.au ... See MoreSee Less